The water management situation in the region of Catalonia, Spain is catastrophic. The omnipresence of the private water sector is creating hugely negative impacts at the economic, social and environmental levels. As a result, Catalan municipalities are being swept by the wave of water remunicipalisation that is taking place across the globe, and the drive to recover public management of water systems is gaining force.

The Catalan quasi-monopoly in water

The privatisation of water services today affects roughly 84% of the population of Catalonia, through either mixed corporations or fully private companies. This situation is quite unique given that, to the contrary, the great majority of water systems are under public control globally. Furthermore, the region’s water management landscape has two distinctive characteristics.

First, private companies are concentrated in medium-sized and large population centres. Although more than half of Catalan municipalities have public water services (507 compared to 437 where these services are privatised), they only represent 16% of the population. We are therefore talking about small municipalities, where it is hard to benefit from economies of scale and where the return on investments is lower than in the bigger cities where private companies can expect to make profits.

Second, a handful of companies share the water market. For example, 90% of municipalities with private water management are served by companies from the Aigües de Barcelona group that operates in 24 countries – also known as AGBAR and a subsidiary of the French water multinational Suez. Under the AGBAR umbrella we find companies such as the Societat General d’Aigües de Barcelona (SGAB), SOREA, CASSA, Aigües de Catalunya, Mina Pública de Terrassa, Aigües de Girona, Aigües de Tarragona and many more. It is worth noting that AGBAR has managed water in the city of Barcelona since 1867, with the latest change taking place in 2012 when a mixed company was created, under 85% private and 15% public control. 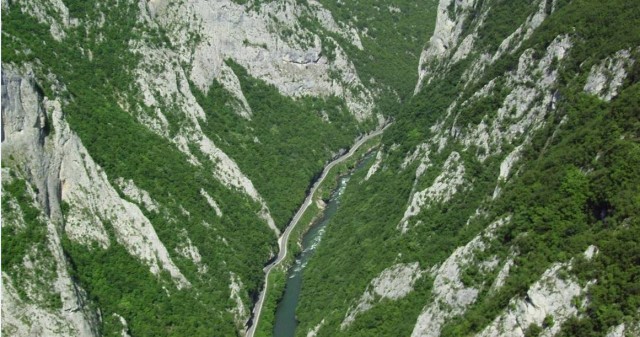 Regarding the HRADF (Hellenic Republic Asset Development Fund) communication at the recent General Assembly of EYATh Shareholders, stating inter alia that "respects the reactions of the local community" Initiative K136 has to observe the following:

-- The HRADF at the recent meeting with representatives of the referendum organizers, said that does nothing by itself, but that the government said. So the question is what the government will do after the referendum, which has not yet clarified its stance. Hence, the issue of privatization has not ended, instead remains open.

-- The HRADF sure to leak scenarios for continuity, usually a "well informed sources" saying that "the Fund then has three options:

Catapult against HRADF (Hellenic Republic Asset Development Fund) is the decision of the Athens Court on the injunction application asked by "Citizens Union for the Water", a secondary level Union of Thessaloniki Water Cooperatives, set up by the Initiative K136, to claim the 51% stake in EYATh in the name of the citizens of Thessaloniki.

Three times we asked - via the lawful route - information on the process and criteria by which the HRADF excluded the "Citizens Union for the Water" from the second phase of the tender for the privatization of 51% of EYATh. HRADF flatly refused to give any information or data, arguing that it is "private company" and is not required to give anything. The third time, the Union appealed to the Court of Athens for injunctive relief.

We currently publish this decision by which the Court of Athens requires HRADF give to the Citizens Union for the Water all the requested data, rejecting the complaints on the company's "private law".

Since the beginning of the disclosure of the government’s intention to privatize water services, throughout the changes in leadership in EYDAP and TAIPED until a few days ago, a struggle with the use of law and logic was given against the enclosure and grabbing of the collective good of water. After almost three years, the citizens who signed the European Citizens ‘Initiative, these who were informed and passed this information to others, all those who formed a proper and documented opinion about the risks of privatization through our arthrography, argumentation and campaign, the citizens’ movements in Thessaloniki and the county, we can all, without exceptions, feel proud of the first major victory which was won by the citizens united.

Watching closely during all this time the legal proceedings of the case of the residents and associations recourse to the Council of State and thinking how could we help in this effort, we never stopped all this time to contribute voluntarily, yet with professionalism, in this “unequal” race of informing people and creating alliances in Greece and abroad, with the help of alternative media, newspapers, radio and media abroad. This campaign in favor of rationality and documented reasoning, qualities that are both missing from the public dialogue, was successful in shaping a trend against privatization formed by the beliefs of the majority of the Greek people as expressed not only in polls but also by the overwhelming 98% “NO to EYATH privatization” of the referendum of Thessaloniki. We believe that this trend is reflected in the decision of the State Council at its highest level, which is its plenary session.